People you never knew but perhaps know better than others

Irene Onorato. She and I have a lot in common (click her photo to find her on Amazon). Both of us are New Yorkers. We love pizza. Is there a New Yorker who doesn’t? Those two things instantly bonded us when we met a few years ago… 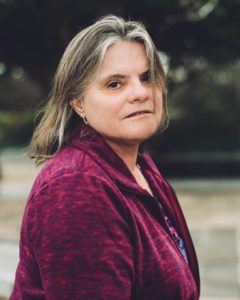 But we have even a closer link.

Although we didn’t know each other growing up—she is from the Bronx, I am from upstate—we share the past. Irene and I were raised under the shadow of a father who came home from war with emotional and physical scars. 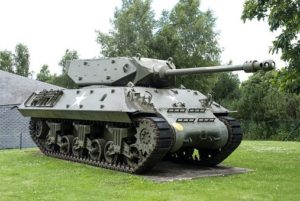 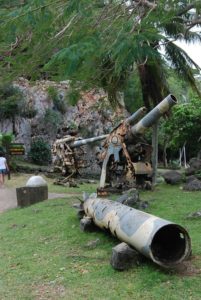 I wasn’t with Irene when we were children but each of us is fully aware of what it means to have grown up with a dad who suffered from the nightmare of battle. Therefore, we have a deeper understanding of our childhood, how that formed us and it has created a deeper friendship others don’t quite understand. But that’s not all we have in common…

Irene has a great sense of humor and I enjoy how she spins a tale with a twist. And together, we are passionate about our call of writing wholesome stories that give readers a sense of God’s love and hope for the future. 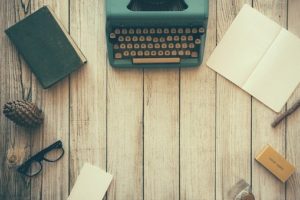 I’m proud to say that in 2015 Irene landed a three-book deal with Kensington Publications’ Lyrical Press. Her Veteran’s Heart series touches not only the romantic’s heartstring with the gentle touch of a harpist to the string, but she gives insights into the struggles of military veterans and their loved ones. With firsthand experience, she offers an insider perspective to when war comes home and its affect on all those whose lives it touches. 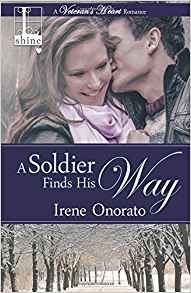 A Soldier Finds His Way, (click the book pic above to order) the first installment of her Veteran’s Heart series made its grand debut in 2016. In the story, fate throws Special Forces Lieutenant Edward Giordano and first-year schoolteacher Audra Lorenzo together and locks them in a remote cabin during a raging blizzard. Sparks fly, but the road to happily ever after is rife with detours and obstacles. 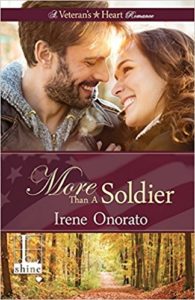 More Than A Soldier, RELEASED 6 JUNE 2017 (Be sure to preorder your copy by clicking the photo above) Former Army Special Forces soldier Hank Fleming is the sole survivor of an RPG attack that took the lives of four other men during a tour in Afghanistan. The explosion caused Hank to lose an eye and the hearing in one ear, and left scars on his neck that serve as a daily reminder of his ordeal. Now, several years later, nightmares bring back the dreadful sights, smells, and sounds of the dying men. Despite his injuries and the weight of unfounded guilt he bears because he alone survived, Hank still hopes that one day he can find peace, and a girl to share his life.

A Soldier’s Song, Sergeant Jason Dexter is a devoted Special Ops soldier. Gregarious and well liked, the only person he has tension with is his father who hates that he chose a military career. He longs to hear his father say he’s proud of him, but doubts that day will ever come. When Jason goes home to New York to attend a friend’s wedding and meets Aria Greco, the beautiful and talented pianist daughter of his commanding officer, he never expects that she could be the key to restoring his faith and mending the broken connection with his father. But all is not guns and roses as their relationship takes an unexpected turn and misunderstandings seek to destroy their love.

So sit back, tear off a slice of pizza (as we like to say in NY) and enjoy one of these grand stories from a friend that I have known only a few years but have shared a lifetime of memories. Once you begin, you will want to continue reading her Veteran Heart Series.